How We Can Help You with an Assignment in C 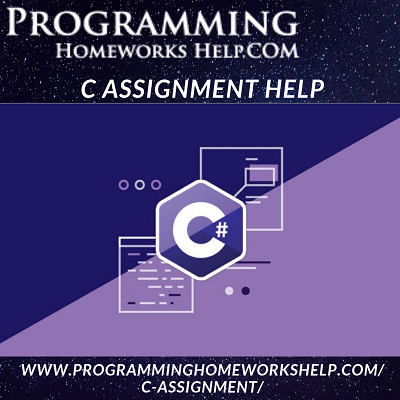 C is one of the oldest programming languages still in common use, especially on Linux where Linus heavily promotes it’s use. C is a fairly simple language, that is close to the way the processor actually executes so the code is easy to compile. The biggest drawback with C is the lack of strings, so they are more complicated than in other programming languages.

Most C assignments are in Linux, as the system was written in C and provides access to all the libraries used in the operating system, and the man pages for the commands are defined in C. The programs will be command line based rather than using a GUI.

When programming in C compared to programming in Java, you need to carefully consider the memory, as you have to request memory and release it when you have finished with it (there is no garbage collector). There is also little to no protection of memory if you go beyond the bounds of an array. This means that debugging can be harder in C than it would be in other programming languages, this is where having experience really helps as these type of errors are less likely.

The other level of C programming, is when you are writing kernel mode drivers, which do not have access to the full standard library and use some different methods for input and output. Normally when working on kernel, you may want to use a virtual machine to stop errors crashing the entire computer.

If you are looking for help with an assignment using C, especially one in Linux you won’t find a place that can offer a comparable service. We can write code that runs under Linux, or even runs on a bare machine (we have had course work involving writing a simple BIOS that runs on the x86 emulator). Some assignments also involve mixing C with assembly language, and we are fully capable of handling those assignments as well.

Our experts work around the world, and so can provide a 24/7 service although the fastest response time for a new assignment is during the hours 8AM-11PM PST. An assignment is normally completed within 24 hours although for a larger scale project we will give the details of the ETA (estimated time of arrival) and will provide regular feedback on the progress. We offer a 100% money back guarantee if we are unable to deliver a solution, so we are motivated to ensure that the work is completed satisfactorily.

You can rely on Programming Homeworks Help if you need some C assignment help.